Mercury men clean up at ABT Costa BREAM Grand Final 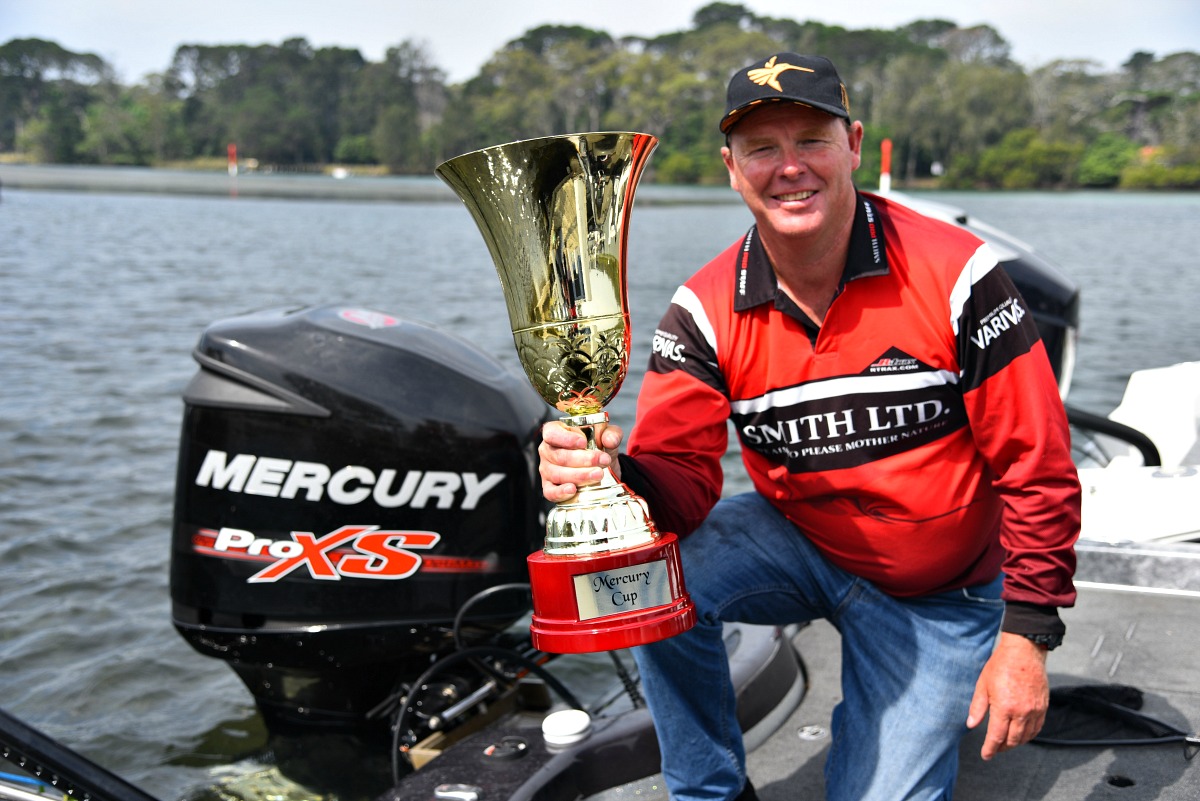 Tournament veteran Warren Carter has beaten the best bream fishers in Australia to win the 2016 Mercury Cup and collect a cheque for $1,000.

“I came second last year so it’s definitely nice to go one better, and it was a surprise because it was so close,” Warren said.

The Mercury Cup is decided on performances in the ABT’s Costa BREAM series with points given for the anglers’ five best tournaments including the Grand Final. It’s only open to competitors with Mercury engines.

“With the Grand Final worth extra points a couple of places can make all the difference to your final tally,” said Warren who uses a 225hp Mercury Pro XS to get to the best spots first.

When the final fish were weighed, Warren had won the Cup with 156 points just nine ahead of Kris Hickson with Steve Morgan another eight points back in third.

The victory was a just reward for Warren’s great year.

“I never finished outside the Top 10. Tenth in the Grand Final was my worst result, so you can’t ask for a better year than that,” he said. To put it another way, his year went as well as his Mercury Pro XS.

“I’ve done 400 hours with this motor and it really purrs. It’s one of those motors. I couldn’t ask for anything better.

“It’s got power, reliability and fuel economy – all three.

“I didn’t used to run Mercury but thanks to this one I’m a changed man!”

While the Mercury Cup itself is going to join Warren’s many other trophies, the winner’s cheque won’t be hanging around.

The Costa BREAM Grand Final was won by local favourite Grant Kime, who went home with a brand new Bass Cat Margay with a Mercury 115 Pro XS FourStroke on the back – a $50,000 combination.

As soon as Grant heard the 2016 Grand Final was going to be held at St George’s Basin, one of his favourite spots south of Sydney, he was determined to be there.

“The Grand Final was brilliant. On Day One I caught a big one and then managed to do alright over the next two days catching my limit and then some upgrades,” Grant said.

“But that last half hour at the end waiting while everyone else was weighing-in was awful. There were some people with 3.5 and 3.6 kilo bags.”

Grant had to weigh-in last. He needed 2.52 kilos and tipped the scales at 2.86 for his biggest tournament victory.

“Let me tell you, that was a bloody good feeling!”

On his competition boat Grant runs a 150hp Mercury OptiMax which has clocked up 860 hours, so he was more than happy to have a new 115Pro XS FourStroke to call his own.

“My first engine was a 5hp Mercury on a little punt, then I had a 15hp Mercury on another punt which I replaced with a 25hp Merc and that thing flew. 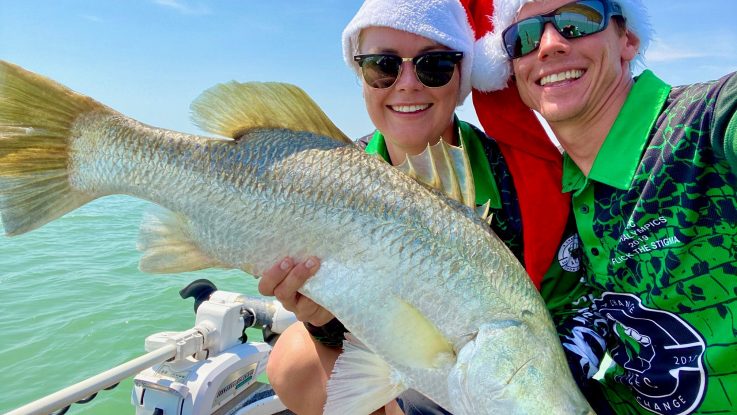 Better Boat Adventures in the NT 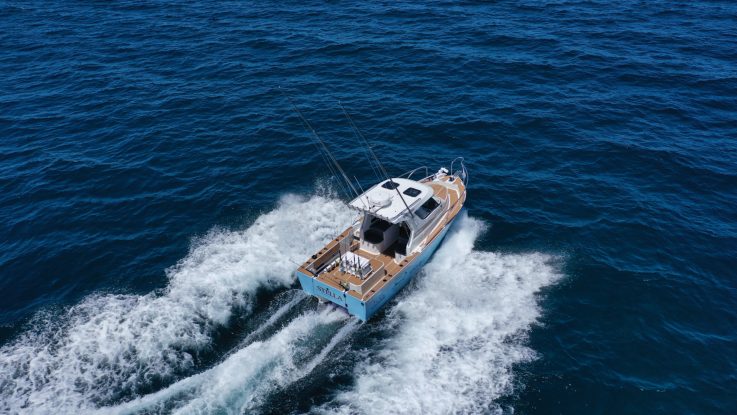 Life for Tony Orton as a charter operator in Mangawhai Heads, New Zealand, looks a little something ... 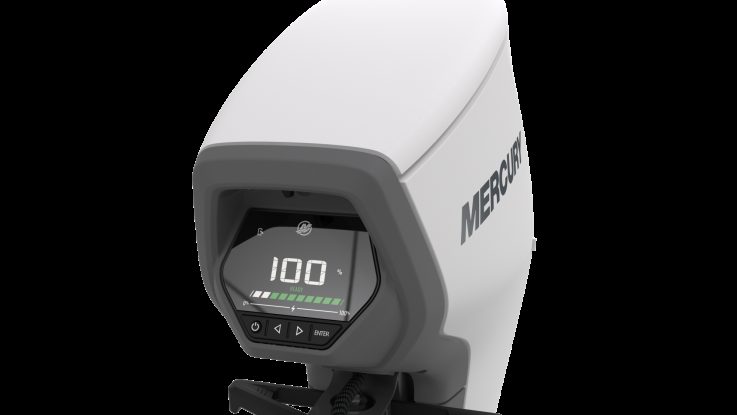 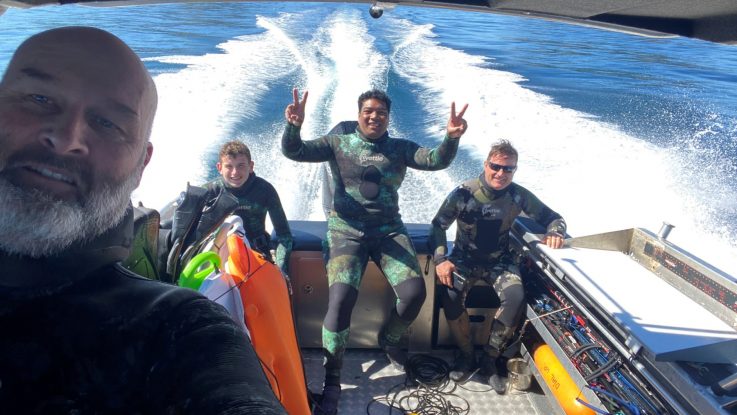 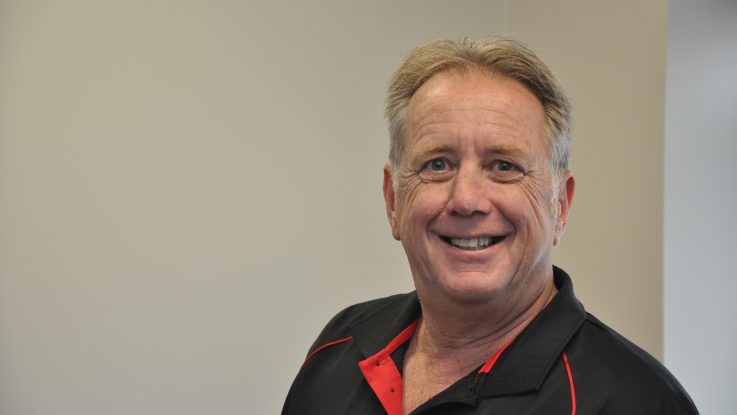 30 November 2021 – From island hopping on sea planes in the Pacific, to monitoring the police boat...